Back to All Posts

GCT Canada applied to the Port Authority for an additional amendment to Project Permit 2015-029 that included the installation of two additional, electric ship-to-shore Megamax cranes, which was later approved in March 2017.

The GCT Deltaport Intermodal Yard Reconfiguration is the second, $300 million privately-funded stage of the multi-phased expansion called Deltaport Terminal Road and Rail Improvement Project (DTRRIP), a collaboration with the Port authority and the Province of BC.  The densification approach to the Intermodal Yard Reconfiguration project reflects our company’s priority to increase capacity with little to no impact on the environment and community.  To meet rail traffic demand through Vancouver’s Pacific Gateway, the project will be completed within our existing footprint, without requiring additional land creation.

While maintaining full operational capabilities, we are implementing the following improvements: 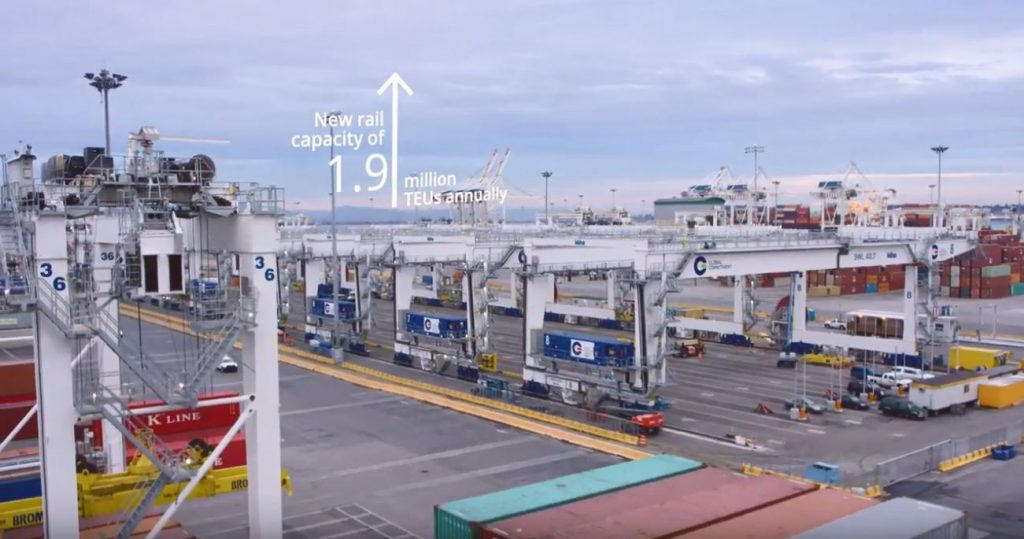 The GCT Deltaport Intermodal Yard Reconfiguration Project provides significant operational benefits to our stakeholders and customers by optimizing layout, including:

Once complete, the largest mega vessels calling the tradelane will be served by the most advanced on-dock intermodal rail yard in North America. As the premier ship-to-rail terminal in the world, GCT Deltaport will boast an increased rail handling capacity 50%+, providing customers certainty on transit and dwell times, solidifing Port of Vancouver as their gateway of choice.

Watch this short video outlining the project and its benefits.
Click here to watch in Mandarin.

Stay informed by signing up to receive our regular operational updates.